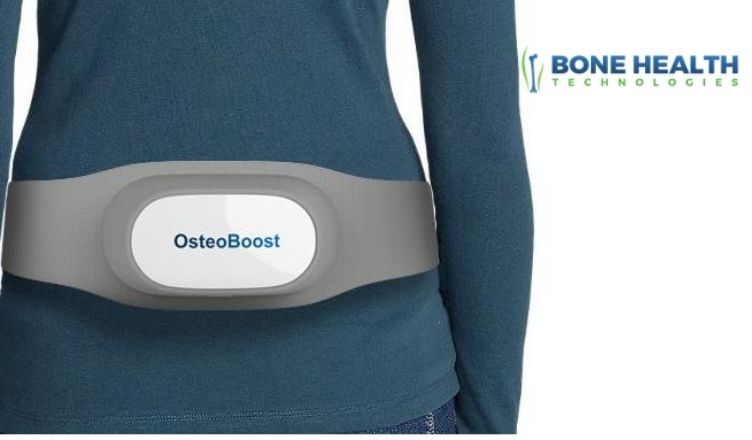 This patent covers the OsteoBoost tracking and reporting features, as well as for a wearable apparatus for treating or preventing osteoporosis. This patent builds on a

previously awarded patent for devices and methods to dynamically calibrate the precise therapeutic vibration of the OsteoBoost Vibration Belt.

“Osteopenia and Osteoporosis are a major public health problem in need of innovation – I am proud of the work we are doing to bring safe and effective treatments to the tens of millions of patients at risk of fracture and are thrilled to see the novelty of this mechanism recognized.” said Laura Yecies, CEO of Bone Health Technologies.

The company recently announced the close of its $2.5 million funding round and the appointment of three board members. The round and board appointments add to a successful year for BHT. It recently appointed CEO Laura Yecies and was granted Breakthrough Device Designation by the FDA for OsteoBoost, the first vibration belt

OsteoBoost is based on NASA research which proved that medical stimulation of bones through vibration would improve bone health in astronauts. Studies have shown that one 30-minute treatment with OsteoBoost reduced bone loss activity in all study participants.

For more information on the CEO appointment or Bone Health Technologies and OsteoBoost please visit: http://www.bonehealthtech.com/